It is time to enter an era long left behind, that of the Knights and Kings of old, on this slot game from WMS gaming. The name of the game in question is Black Knight II and as the last part of the name suggests, this is a sequel to another developed slot. This game is set in the midst of the medieval era and as such incorporates a few of the more associated aspects onto the reels in one form or another. This is done through the symbols on said reels, sound effects, graphics and a vivid and ever present backdrop to add some colour behind the slot.

The reels in this Black Knight II game are the standard set of 5 for most online video slots, with a decent 40 pay lines across these reels. The other betting options add to this to offer players an adequate range of choices when the betting is concerned. This can reach up to 120 coins per spin, allowing for a fair range of players to try this slot. The bonuses found in this medieval slot game are deliberately few, allowing for a more basic setup to the gameplay involved. Still there are some Wilds and free spins to be found in this game.

The theme of knights and knighthood is pretty noble, and the affiliation to treasures and adventure is only a plus for this in a slot game. Black Knight II incorporates the theme well, with some decent graphics developed by WMS gaming, a solid, themed backdrop, some fun and affiliated sound effects, particularly drawing attention to the activity of the reels. On the topic of the reels of this game, being the centre focus makes it a prime candidate for theme accentuation. 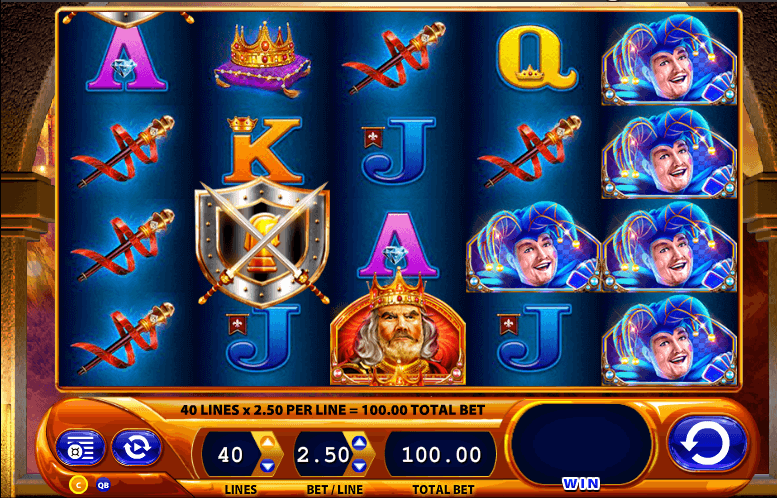 Some of the symbols players will find on this Black Knight II slot’s 5 reels include the likes of very germane ones like the Black Knight himself, the King, Princess, Jester, Crown and a shield. These all paint a very clear image of the type of setting from within this theme that the slot took, one of more of a light side to adventure and history. Overall though this does look quite good on the reels, and these make for some decent base game jackpots on top of this.

Whilst there is some free spins in this game, the main focus of bonuses found in Black Knight II are the unique Wild symbols. For the most part the Wild, the Black Knight symbol, simply substitutes for the other symbols in the game to allow for more wins, which is quite a useful feature all the same despite the fact that it only appears on reels 2, 3 and 4. When it becomes particularly effective however is during the free spins feature of Black Knight II slot.

To trigger the free spins players must hit the required symbol 3 or more times on a single spin at online casino UK. This nets a set of free spins, during which the Wild still appears but can also expand to cover the entire reel and then subsequently remain locked in place for the remainder of the free spins. Overall this isn’t a bad collection of bonuses despite the fact that the Black Knight II slot focuses more on the actual gameplay involved.