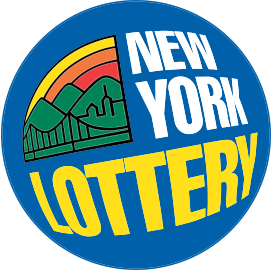 The New York Lottery has the highest ticket sales of any US Lotto games and has been going since 1967, when it began as the 3rd modern Lotto in the United States after Puerto Rico and New Hampshire. Operations were merged with the New York State and Wagering Board in 2013, to form the New York State Gaming Commission, with headquarters in Schenectady.

The Lottery provides important revenue for public education; its first slogan was Your Chance of a Lifetime to Help Education, and it has donated over 34 billion Dollars so far. Millions have also been paid out to ticket holders, who must be over 18 and can choose to have their winnings as a lump sum or an annuity over several years for most games. Players can still buy their tickets from many stores, but today they can also do it online whenever and wherever is convenient.

In 2009 Mega Millions and Powerball reached an agreement where any vendor selling tickets to 1 of these games could sell tickets to both. These are 2 of New York’s major Lottery games, and they work in very similar ways. In Mega Millions, players choose 5 different numbers from 1 to 75, and a bonus Mega Ball from 1 to 15. Matching all 6 wins players a huge Jackpot, with smaller rewards for fewer corresponding numbers on the tickets with or without the Mega Ball. Powerball, which has a similar payout structure to Mega Millions and the highest prize potential of all U.S. drawing games, has players choose 5 numbers from a main pool of 59, and a bonus Power Ball from 1 to 35.

Cash4Life has a similar structure to the 2 games above, but is played only in New York and New Jersey and not across the rest of the country. Players choose 5 main numbers from 0 to 60, and a bonus Cash Ball from 1 of only 4 options. Odds are much lower, and 1st prize is $1,000 a day for life. The 2nd prize is $1,000 a week for life, and winners can also choose to take an estimated total cash sum all at once.

Several New York Lottery draw games are exclusive to the New York State Gaming Commission. These include Numbers, Win 4, Take 5 and Pick 10 which all work similarly to the multi-jurisdictional games mentioned above, but with smaller payouts and odds more in players’ favor.

Quick Draw is the only New York Lottery game that requires players to be over 21, if they are in a place where alcohol is solved. The Keno-style game is drawn every 4 minutes between 4:04 a.m. and 3:24 a.m., which can really raise excitement levels for players.

New York players can choose from even more Lottery games, and they can all be accessed from the same site online. Video Lottery games are available at 9 facilities across the State, and there are many instant Scratch Card games available at any time. They can all be researched online with ease, and then players can choose the games that work best for them in addition to sports betting USA.